Implications of the Word, Leader (Part 3): If People Can’t Say “No,” You Aren’t a Leader…

…you are a dictator. In this series about the assumptions inherent in the word Leader, we explored that leaders are “in front,” either physically or cognitively, while others are following. Also, leaders have a destination in mind, a desired future reality. Today we look at the third assumption when we use the word Leader: People have a choice and that choice includes saying, “no.”

I maintain that the word “no” is the most important word in any language. I’ll unpack that in a future blog post. For now, I want to focus on whether or not a leader allows those led to say, “no.”

The role of a leader is to motivate a group of people to align their efforts and accomplish a goal. Too many leaders think their job is to accomplish goals, get results. I believe that Patrick Lencioni did a great job of exposing this myth in his books The Five Dysfunctions of a team and The Advantage (on my short list of best leadership books). Yes, ultimately, the leader is accountable for the results, those results are obtained primarily through the efforts of the people on the team. The leader focuses on building trust, by allowing healthy conflict so commitment can be reached and accountability is a team norm. After that, teams are able to achieve maximum results. Without those things in place, teams may accomplish the goal, but it will come at a high price which means the results are less than optimum. That is, if the results are achieved at all.

Getting back to the importance of motivation, if people are saying “no” they probably have what they consider to be a good reason. There is a good chance that reason is rooted in fear.

Step 1: Affirm their honesty. It is difficult for most people to say “no.” If you want people to be honest, then encourage honesty by thanking them for being honest, even if you don’t like their position.

Step 2: Be curious. Ask some sincere questions about their reticence to do a task. A great place to start is my blog post about the 3 Zones and 5 Safeties. This also creates for you a great learning experience. After all, leaders are learners, right? So ge grateful for this opportunity to learn more about your co-worker which will in turn grow your EZ and make you a better leader, and strengthen your friendship – if you let it.

Step 3: Provide safety. Once the roadblock, or fear, is identified, provide the “safety lines” that will calm those fears and allow your co-worker to move toward the goal with enthusiasm and effectiveness. Remember, fear releases cortisol and other stress hormones that take people out of their “zone” and thus inhibit performance. Scared people are much more likely to “choke.”

Step 4: Reinforce values. When you reinforce team safety and strengthen the team culture by thanking the person for being honest, you are more likely to get honesty in the future. You also communicate that you are “for” that person. Ensure commitment by reviewing what will be done by when. You can now hold them accountable and achieve maximum results.

There’s a reason that countries led by dictators are a mess. It is the same reason that teams led by little dictators who don’t allow people to say “no” are a mess. People don’t like being coerced and they don’t like the person coercing them. People don’t give their best to people they don’t like. So, be a leader, give your people permission to say “no” while you do the hard work of creating alignment and persuading the “no” to become an enthusiastic “YES”!

Do You Have Enough Energy to Grow as a Leader?

Habits are hard to start or break largely because of the energy required to do so. This Power Bank exercise will help you identify ways to recharge your internal batteries so you can break through to the next level as a leader.

Unlock your team’s maximum potential and prepare for wild success.

Do You Have Enough Energy to Grow as a Leader?

Habits are hard to start or break largely because of the energy required to do so. This Power Bank exercise will help you identify ways to recharge your internal batteries so you can break through to the next level as a leader. 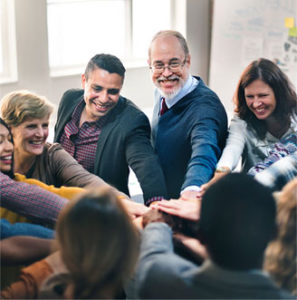